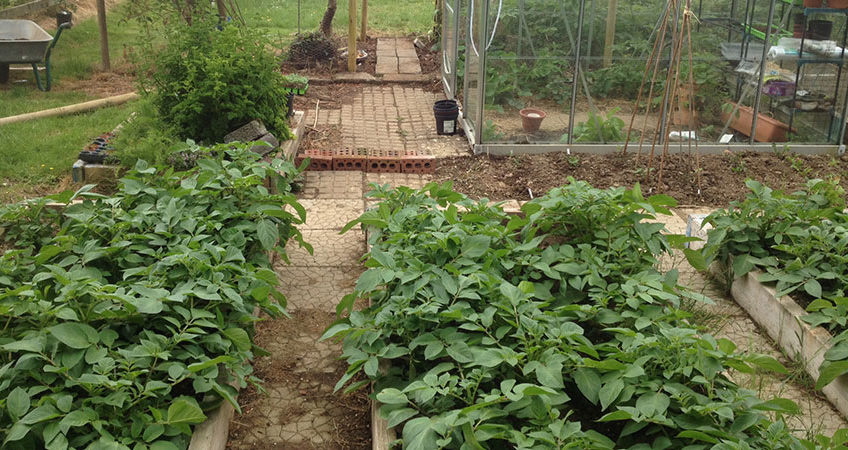 The client who had recently moved into the property wanted to create an easily maintained garden within a large existing Garden. When we first visited, it became apparent the garden had become largely overgrown and neglected in previous years. On the site of a former farmhouse, the surrounding land was largely consisting of poor drainage and bog.

The new owners of the property were particularly keen on vegetable gardening, and requested that we create a garden which reflected this interest. Raised beds were designed and built by our team, and filled with topsoil to create the raised bed garden the client desired.